Which Industries Are Most Targeted by Hackers? 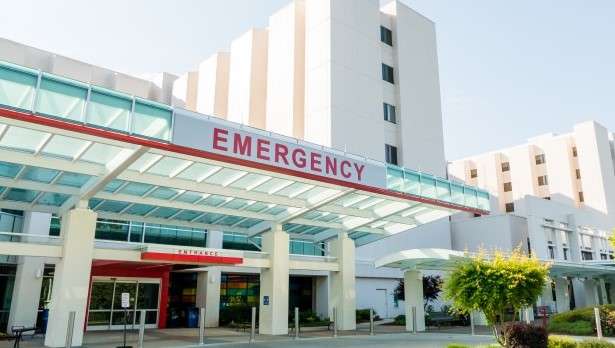 Which Industries Are Most Targeted by Hackers?

Cybercriminals are constantly targeting businesses by exploiting significant vulnerabilities of their information systems and using social engineering attacks against personnel. According to Ponemon Institute, which analyzed 537 actual breaches, the average cost of a data breach against an organization in 2021 averaged $4.24 million, up from $3.86 million in 2020. The most common initial attack vector was compromised credentials from phishing and misconfigurations from external systems. These reports show that the average cost and frequency of attacks are rising yearly.

An organization’s foremost responsibility is to protect its information assets by adopting comprehensive and sophisticated security measures. Penetration testing is an excellent starting point organizations use to find weaknesses and exploit those in a simulated environment to apply methods to harden the security of their information assets. This article will look at which industries are targeted most by hackers and how penetration testing can help prevent these industries from being compromised by malicious actors?

Some of the high-risk industries malicious actors target are:

Over the past years, attackers have constantly targeted the healthcare industry because massive amounts of personal information, including patients’ financial details, are stored by hospitals and other healthcare units. According to a study by the Ponemon Institute, 90 percent of healthcare firms have experienced a data breach in the last two years. The 2020 HHS cybersecurity report shows that malicious actors compromised 9 out of 10 hospitals through ransomware, malware, or denial of service attacks. The attackers badly compromised this industry during the COVID-19 pandemic, in which investigators reported one-third of attacks as ransomware. Additionally, the average time to detect a compromise was 212 days.

One of the key reasons behind the attacks against small businesses is that they place fewer security measures to protect their information assets, making this industry an easy target for malicious actors. The 2019 Verizon Data Breach Investigations Report shows that malicious actors performed 43% of attacks on small businesses, most of which were social engineering attacks performed by organized crime. The research also indicates that small business employees are unaware of potential cyber threats and are considered easy prey for social engineering attacks. The report also reveals that businesses that offer financial services are the primary target of cybercriminals.

Hackers target government agencies because the government and state agencies keep and process highly confidential personal records. Besides this, foreign countries target most state agencies to steal military and state secrets to spy on them. State-sponsored hackers break into the government’s network and information assets to gain a political and economic advantage over its competitors. Seventy-nine major ransomware attacks were reported in 2020 when hackers compromised US government and state organizations, costing them about $18.88 billion. The research shows that employees of the state agencies are not aware of the latest cybersecurity threats and are not well trained to prevent ransomware attacks.

The finance industry, especially the banking industry, lies at the top of the list of the attackers because this industry deals in money and personal information, which the attackers mostly want. The reports published by Varonis show that banks, on average, have about half a million sensitive records, which puts this industry at top risk to hackers. Poor security measures and untrained staff can leave this sensitive information at risk because hackers can easily exploit these vulnerabilities to steal sensitive and confidential information. On the other hand, mobile banking has also increased the attack surface because attackers can easily target customers through phishing and social engineering attacks to steal their login credential information.

In recent years we saw how hackers targeted the energy industries and caused power and energy crisis. The May 2021 Colonial Pipeline outage is one example of compromising the power industry when malicious actors took down the largest gas pipeline in the US through a ransomware attack and caused gas shortages across the country. This industry is an attractive target for cybercriminals because of the national security and economy.

How Can Penetration Testing Prevent Industries from Compromise?

Discovering and fixing vulnerabilities of the IT infrastructure is the first step in hardening the cybersecurity of any industry to avoid system and network downtime, data loss, and reputational damage. The best cybersecurity strategy that any organization can adopt is to always look from an attacker’s perspective while devising a security plan for the enterprise’s IT infrastructure. Penetration testing is an effective strategy to cross-check the defense mechanisms deployed to prevent cybercriminals from compromising their systems and network.

What is penetration testing?

Penetration testing is a simulated cyberattack against an organization’s network, application, and systems to find weaknesses and security holes that cybercriminals might use to compromise their information assets. Identifying vulnerabilities through penetration testing will assist industries in understanding how hackers might use these weaknesses to gain unauthorized access to the network and computer systems to cause financial and reputational damage. While personnel place defense mechanisms to prevent cyber-criminal activity, penetration testing will help industries find security holes that defenders might have missed.

Why is penetration testing needed?

Penetration testing is essential for any industry to stay alert to discovering any vulnerability and security flaw before malicious actors locate the vulnerabilities. No industry is prepared to afford a data breach in today’s digital world because a single major breach can cause lasting damage to its business development and reputation. Most companies believe penetration testing saves time, money, and standing by preventing major cyber security breaches. They think it will improve their cyber security plans and defense mechanisms, so they should allocate more budget to penetration testing to avoid hackers.

Why is penetration testing important for each industry?

The data breach study conducted by Ponemon Institute shows that about 50 percent of cyberattacks resulted from malware and ransomware attacks. The remaining percentage came from system vulnerabilities and human errors. Penetration testing is essential because;

Penetration testing is essential for a company because it lets it know how to prepare and tackle a cyberattack. A penetration test let the companies examine their security plans and defense mechanism in terms of effectiveness. It assists organizations in devising preventive measures to stop cybercriminals from intruding on their systems and networks. It also provides a way to detect and expel malicious actors after the data breach.

Penetration testing lets the organization know which information assets and applications are most at risk. Therefore, it advises security tools and protocols to mitigate the effects of those risks. This process will uncover system and network weaknesses that a company may not have considered insecure.

Human errors often cause system and application vulnerabilities. A penetration test will assist developers in decreasing the number of errors while developing an application or program. Penetration testing will help them understand more about security and be more careful to avoid those errors during the development stages.

A company conducts a penetration test to test the effectiveness of its cyber security mechanisms and controls that prevent cybercriminals from compromising IT infrastructure by exploiting the system and network vulnerabilities. Reasons to perform penetration testing are;

A cyberattack often causes network downtime, which can badly impact the overall business operations of an organization. Besides this, attacks like ransomware and data breaches can cause millions of dollars for the business. By identifying security flaws, penetration testing can reduce network downtime and costs by preventing a cyberattack in advance.

A cyberattack causes financial damage to an organization and its reputation, leading to customer loss and loyalty. Penetration testing can prevent reputational damage by identifying the system’s vulnerabilities and suggesting ways to avoid a data breach.

Another reason a company should perform penetration testing is that penetration reports help the company prioritize the risks by classifying them into critical, high, moderate, low, and informational-level risks. Pentesting also assists the industry in prioritizing risks and how to mitigate them. This prioritization will save time and resources for the organization and let cybersecurity professionals decide to focus on the most critical risks first.

Penetration testing help with regulations: Businesses consider regulatory compliance their priority. Every business sets its own rules and set of regulations. Many companies must comply with government regulations such as HIPPA, Sarbanes-Oxley (SOX), and FISMA. These regulations restrict businesses from regularly performing penetration tests to identify vulnerabilities and fix them to avoid data breaches.

Some of the most common security flaws a pentester finds by a penetration test are;

These are software and web application-based vulnerabilities from human errors during their development. Hackers inject malicious codes or queries to access the application or read sensitive information stored on databases. An example of this command of vulnerability is SQL injection which allows attackers to execute malicious SQL statements to the backend SQL database of the web application. Penetration tests assist organizations in carrying out necessary actions to avoid such vulnerabilities in their web applications to prevent data leakage and unauthorized access.

Cyber threats are becoming more sophisticated as attackers use more advanced ways to bypass cyber security controls. Penetration testing is vital in defining an organization’s comprehensive cyber security strategy. It is a way of attacking the company’s information assets and network to reveal vulnerabilities and security holes. It assists companies in avoiding significant data breaches and helps organizations meet their compliance obligations. It employs the exact strategies used by cybercriminals to penetrate a company’s network, web applications, and other critical information assets. If you are looking for a penetration test performed by professionals, please contact us using this link or the form below.